How many tens of millions of dollars do you think Microsoft invested in its Outlook/Exchange email product? "Lots" would be the answer. And despite the fact it is loaded with many advanced features, many of which aren't used my most users, it's too stupid to know that if I send an email to a group of which I am a member, I don't actually want to be sent a copy!
Posted by Steamboat Lion at 5:39 AM No comments:

Email ThisBlogThis!Share to TwitterShare to FacebookShare to Pinterest
Categories: technology

Last week I had a chance to go skiing in Australia for the first time in nearly twenty-five years. I figured if I was going back to the early nineties, I'd wear one of my old ski suits from that era. 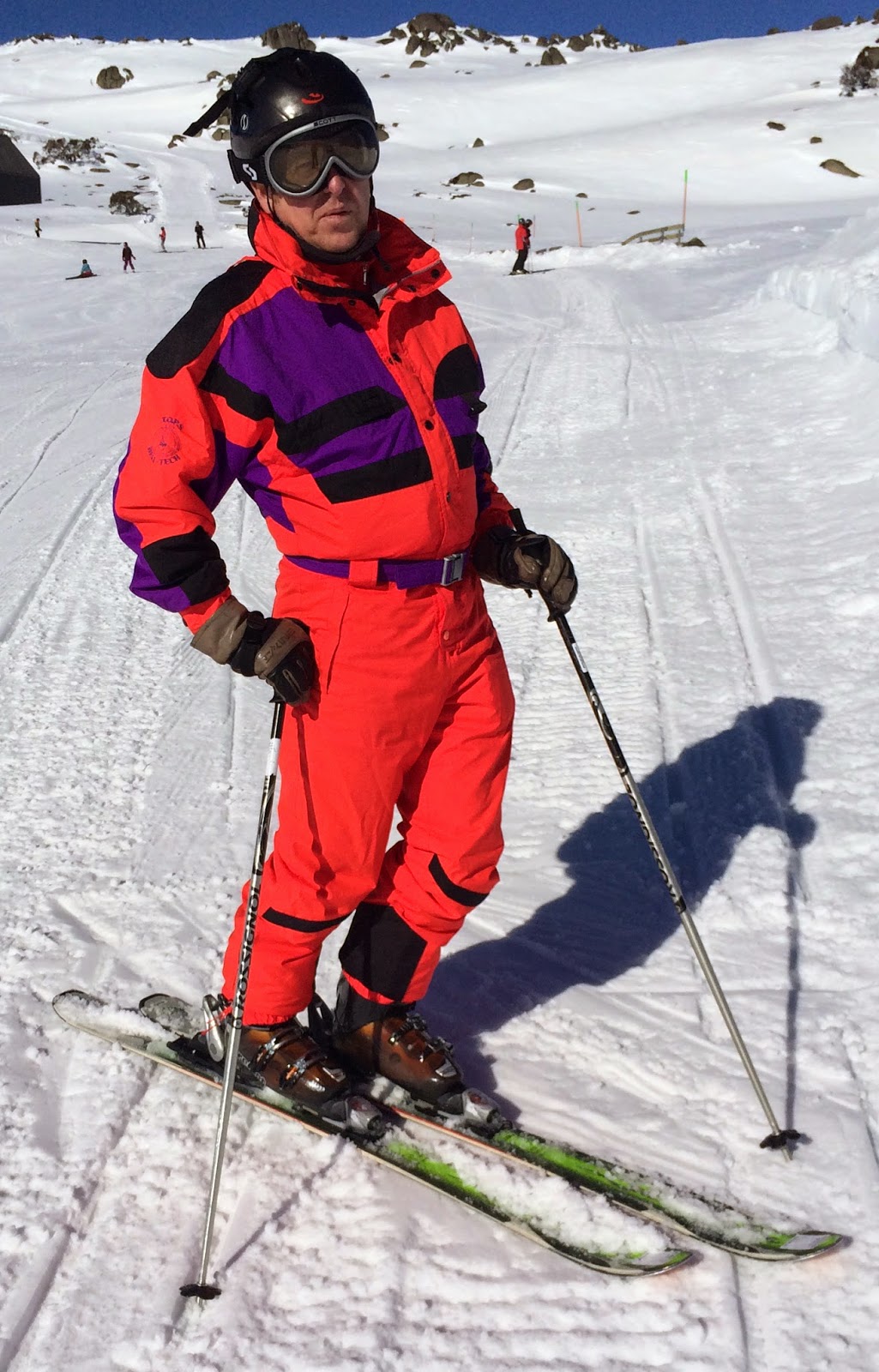 Chez retro? Chez chic? Nah. I can ski well enough that I carried it off, but in retrospect, perhaps not such a good idea. The suit is now permanently retired.

I got very lucky with the snow, with one of the best seasons Australia has had in years, and magnificent spring weather, and I thoroughly enjoyed skiing with my best mate Michael and hanging out apres ski with my old army buddies Peter and John.

All the runs I used to think were super hard are now dead easy. But I'm still counting the three days at Perisher Blue as a head start on my 2014-15 season tally. Bring on day 4 at Steamboat!
Posted by Steamboat Lion at 1:17 AM 1 comment:

Brilliant comic on XKCD today (even more brilliant than usual, I mean).

But I knew the minute I saw it that it wouldn't be universal. With the plethora of incompatible connectors out there, most of them perpetuated by manufacturers for no good reason (I'm looking at you Apple), it simply isn't possible to cover everything.

I also had a sneaking suspicion that the artist would neglect the lack of compatibility between US and international standards. There it is down there, second from the bottom on the left, a 120V US style plug without a universal adaptor in sight!

Power outlet adaptors are one of those constant annoyances when you travel internationally. I solve the problem by taking a power strip with me, which I plug in using a single adaptor. Then I can plug all of my other devices straight into the power strip.
Posted by Steamboat Lion at 12:06 AM No comments:

This work by Dan Hill is licensed under a Creative Commons Attribution-NonCommercial-NoDerivs 3.0 Unported License.